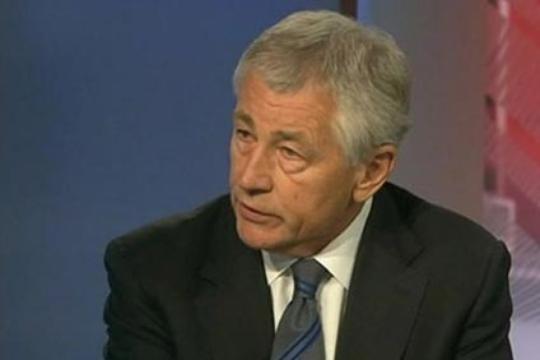 Asbarez reports that the Armenian National committee of America was “troubled” by President Obama’s potential defense secretary nominee Chuck Hagel’s position on the Armenian Genocide. This was reported by commentarymagazine.com.

In an emailed statement to Commentary ANCA Executive Director Aram Hamparian wrote, “We remain troubled by former Senator Hagel’s acceptance of Ankara’s gag-rule on American honesty about the Armenian Genocide – the still unpunished crime against a Christian nation that continues to define Turkey’s present-day policies toward Armenia and much of the region”.

We should recall that as Senator, Hagel has opposed U.S. government recognition of the Genocide.

According to Asbarez, during a trip to Armenia in 2005 Hagel told a group of Armenian reporters that what happened in 1915 happened in 1915. “As one United States Senator, I think the better way to deal with this is to leave it open to historians and others to decide what happened and why”. “The fact is that this region needs to move forward,” Hagel added. “We need to find a lasting, just peace between Turkey and Armenia and the other nations of this region. I am not sure that by going back and dealing with that in some way that causes one side or the other to be put in difficult spot, helps move the peace process forward.”

Hamparian told Commentary that the ANCA objected to the argument that official U.S. recognition of the genocide would hinder peace between Turkey and Armenia.
“As much as Erdogan and his allies might like, the ‘lasting, just peace between Turkey and Armenia’ that Chuck Hagel seeks cannot be built on Genocide denial. The U.S. and the international community must set an example by condemning the Armenian Genocide — and speaking out against all genocides, wherever and whenever they occur,” said Hamparian.