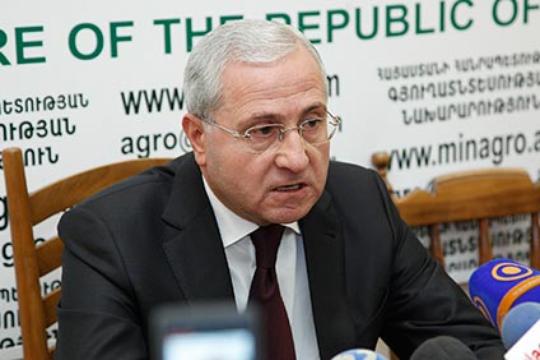 RA Agriculture Minister Sergo Karapetyan had a press conference and announced that the GDP share of agriculture has sharply increased compared to previous years; in 2011 it was 20%, and in 2012 it is likely to be 21%.
According to him, the growth in the field is connected with public sector programs, loan subsidies, affordable prices, seed development and other aspects.

During the meeting Minister Karapetyan said that it is very important to create cooperatives and added that so far there are 65 cooperatives in Armenia.
“Next year will be very tough for us and we will have a lot of works to do. If this and last year can be called stabilization year, then next year agricultural field must be developed, ” said. Karapetyan, wishing all Armenians be happy in the coming new year.