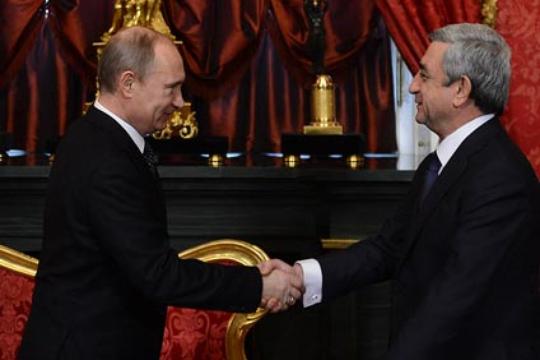 Musa Mikayelyan in his political analysis states the president of the Board of Eurasian Economic Integration Victor Khristenko made a shocking announcement comparing Armenia with Kaliningrad region stating that as Kaliningrad is an exclave for Russia, so will Armenia be in the Customs Union and there is nothing impossible about it.
It becomes clear that such an announcement could not have been made without the approval of Kremlin. Mikayelyan states this hints on the point that Armenia still resists the persuasions of Moscow to get into the Customs Union.

Russia wants Armenia to get into the Customs Union which also includes Belorussia, Russia, Kazakhstan and it also wants to see Ukraine in the union as well. The pressure on Ukraine stands from gas imposing leverages, Mikayelyan believes. In case Armenia comes into the union, it will clearly understand that the EU will close its doors.
Mikayelyan believes the Customs union is a waste of time and an inefficient union which can be deduced from the current economic state of the member states. The only point to hold on to in this case is Kazakhstan which develops with a great speed.
This means, Mikayelyan goes on Armenia in case joining the union will surround itself with already a sick organism. The question here is how long Armenia will be able to resist.

Mikayelyan concludes, in case Armenia goes on resisting Moscow demands, the latter will undoubtedly put the gas price increase leverage and make the intrastate political situation tenser. This will be the last step towards devastating the sovereignty of Armenia on the whole.