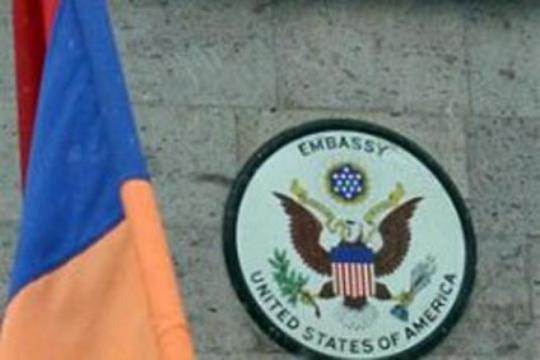 Today U.S. Ambassador to Armenia John Heffern responded to the letter addressed to the U.S. Embassy on October 25 by American-Armenian businessman Edmond Khudyan, who suffered loss in millions of dollars in Armenia.

In the letter directed for the initiative to protect the rights of Armenian investors from Diaspora by the U.S. Embassy it is said that they are pursuing the case of Edmond Khudyan’s trial.

“We are pursuing the trial and we are concerned about all the allegations of illegal financial transactions that could harm U.S. citizens,” reads the letter.

Note that in the letter sent to U.S. Ambassador in Armenia by Armenian businessman from Diaspora told that he deals against a group, which is professional in crimes, against property and economic activity, enjoys the patronage of the high-ranking officials and / or their relatives, and which still continues its activities.
“During the criminal case recently the group was given the opportunity to acquire the last areas worth 2,000,000 U.S. dollars, belonging to Armenians from Diaspora.” noted Edmond Khudyan.