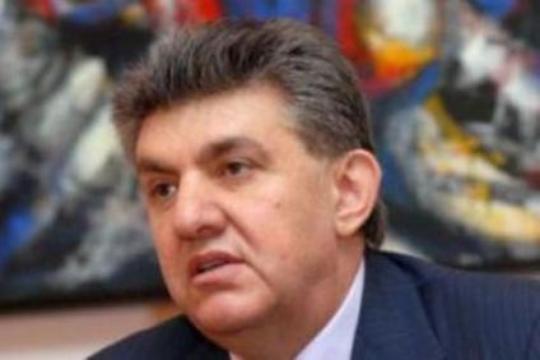 Azerbaijani and Armenian diasporas in Russia scheduled the next meeting

President of Armenian Union in Russia, World Armenian Congress, Ara Abramyan, at Moscow meeting of the representatives of Azerbaijani and Armenian Diaspora organizations in Russia said the following statement:
“We are living in the Russian Federation and are participants of the national policy strategy of the Russian President. Our interests depend on the interests of Russia. Peace and stability in Russia is in the interests of our nations. Noting that it was the first meeting of the Azerbaijani and Armenian Diaspora organizations in Russia in the past 20 years, Ara Abramyan wished the continuation of such meetings. We have not forgotten our friendship. Such meetings should be continuous. Nobody needs war. We have gathered here for dialogue. This is a public meeting, it is not against any person or a state. We cannot solve Nagorno Karabakh problem. Azerbaijani, Armenian presidents and OSCE Minsk Group are dealing with the resolution of this problem. Our main goal is to put an end to enmity”.

“We would like to hold a joint event of the Azerbaijanis and Armenians living in Russia twice a year. I will appeal to Russian President Vladimir Putin, Azerbaijani and Armenian presidents for holding high-level Armenia-Azerbaijan event on the theme “Dialogue among civilizations” in Sochi,” said Abrahamyan

Chairman of “Azerros” Federal National Cultural Autonomy, Soyun Sadigov, said that a number of Azerbaijanis and Armenians were working together, got married in Russia.

“This makes us glad. I want to express my gratitude to Ara for cooperating with us in establishing this dialogue. This is the first meeting held after the collapse of the USSR. I call on all participants to avoid conflict, to hold dialogue. We have not gathered here to solve Nagorno Karabakh problem, the states and international organizations are dealing with this problem. We are trying to assist in establishing atmosphere of dialogue between the Armenians and Azerbaijanis,” he said.