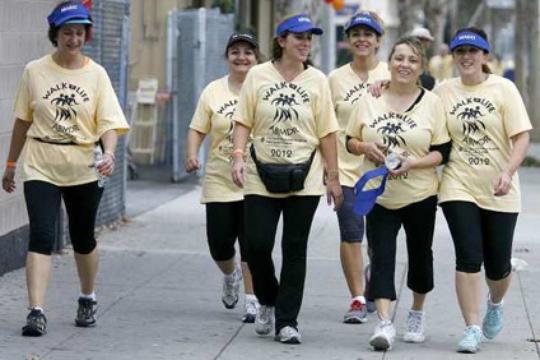 Glendale News Press reports that more than 250 people raised about $50,000 on Saturday for the Armenian Bone Marrow Donor Registry during the seventh annual walkathon, “Walk of Life 2012.”

The 6km walk began at Glendale Memorial Hospital to raise awareness about patients who struggle to find a match with marrow donors.
As reported, funds started from Saturday’s walk from Glendale Memorial to the Armenian consulate and back will support the registry’s mission to increase the size of the marrow registry and to sample potential donors while working to expand services into countries with large Armenian populations.

The source informs that just 25% of people diagnosed with leukemia or other blood-disorders can find suitable donors among relatives, according to the registry’s website. But 75% of patients can rely only on unrelated donors.
Organizers reported that more than 90% of Saturday’s participants were younger people — a new trend for the event, which has historically included seniors.