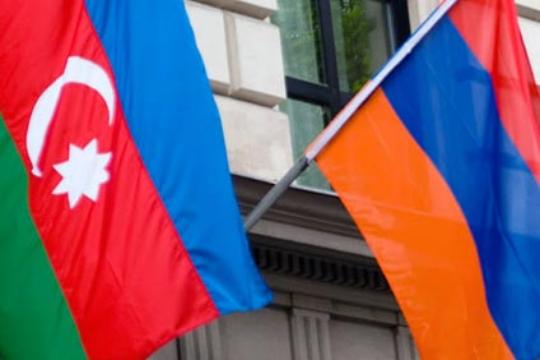 Armenian and Azerbaijani Diaspora representatives are meeting in Moscow

Azerbaijani media reports that the meeting of the representatives of Azerbaijani and Armenian Diaspora organizations has started in Moscow.
As reported, the meeting is taking place at President hotel, Moscow.
The aim of the meeting is to discuss the increasing role of Azerbaijani and Armenian communities, Diaspora organizations in Russia in establishing peace among nations, draft national policy strategy of Russian President Vladimir Putin, the role of the national mass media in the consolidation of the multinational Russian society.