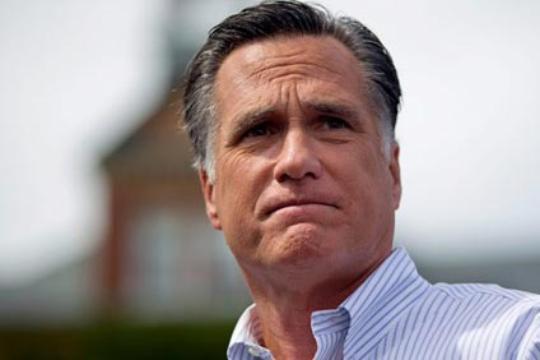 Armenian Mirror spectator recalls that every four years, the campaign for the highest office for U.S takes place.

“As candidates from the Republican Party navigated the choppy waters of the primary storm this election season, one man sailed to victory: former Massachusetts Governor Mitt Romney. Winning the party’s nomination was no easy feat and on several occasions, the media and members of his own party, were quick to write him off. However, Mitt Romney and his campaign rose to the challenge, and secured the 1,190 Republican Party Delegates necessary to clinch the nomination. No doubt, the battles he faced in the primary contest will come in handy when he goes head-to-head with President Obama.

Among these Republican Party Delegates, who are elected within their respective state party systems, were six Armenian-Americans. The states of Connecticut, Florida, Kentucky, Massachusetts, Michigan and Rhode Island were each represented by an official GOP Delegate of Armenian descent”.
Harout Samra, an attorney in Miami said the following:

“It was a privilege to attend the Republican National Convention as a delegate for Florida. Coming to the floor of the Convention hall for the first time was very exciting. Frankly, I did not expect to be as moved as I was. It was a great honor to have been selected to represent my fellow Floridians. Governor Romney knows and under- stands the issues that are important to Armenian-Americans. Living in Belmont and serving as the Governor of Massachusetts, he’s had more important contacts and relationships with the Armenian-American com- munity than any President since Ronald Reagan. He will not mislead us and pander
to us to get Armenian-American votes like President Obama.

Governor Romney is the right man for the moment. He understands how to turn around the economy at home and to ensure that America is respected abroad. Unlike President Obama, Governor Romney’s top priority will be to create an environment that leads to more jobs and spurs economic growth,” stated Samra.

Another Republican Party Delegate, Bob Semonian, said the following:
“Mr. Romney knows that the founding fathers of America had great concerns about dictatorial attitudes and insisted upon a separation of powers — something Mr. Obama has side-stepped for the better part of four years. Mr. Romney wants to return to a Constitutional government through our elected Representatives. Mr. Obama wants all-pervasive government with the decision makers being unelected bureaucrats. The choice is clear — constitutional guarantees and responsibilities to preserve the rule of law versus arbitrary actions from a few with no guarantees of the rule of law. For all Armenians and all Americans, Mitt Romney is the best choice.”