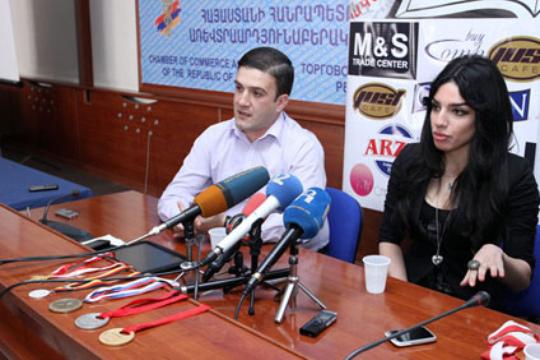 Asbarez writes that besides sport Olympiads, there’s another Olympic competition designed to challenge the world’s top chefs.
Vera Hovhannisyan, who is living in Moscow and represented Armenia, won the gold medal at the World Culinary Olympics held in Erfurt, Germany, from October 5 to 10.

Representatives of 53 participating countries were astonished by the squirrel made of 10 kilograms of sugar.
The World Culinary Olympics is organized every four years by the World Association of Cooks.

Hovhannisyan first participated in the Olympics in 2004 and won the silver. “It was my dream to represent Armenia at the Olympiad and with a gold medal,” she told reporters in Yerevan.

President of the Armenian Association of Cooks Armen Mandalyan was inspired by Vera’s success. In the near future Hovhannisyan’s work will be exhibited in Yerevan.
Hovhannisyan said she will be living in Yerevan and would like to share her experience with Armenia’s youth.