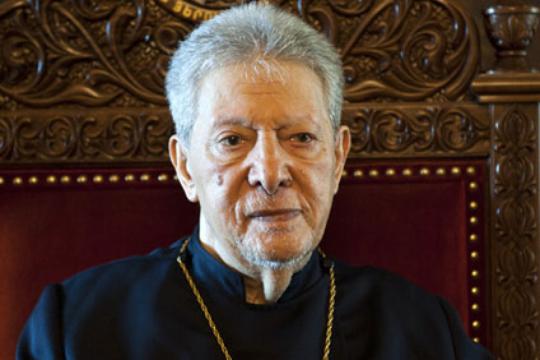 MFA Press Secretary Tigran Balayan reported that Armenia’s Ambassador to Israel Armen Melkonian will attend the funeral of the Patriarch of Jerusalem Torgom II in the Armenian Apostolic Church.

Torgom II (Avetis Manoukian) died on October 21, at the age of 93. Born in the refugee family Torgom II in 1990 became the 96th Patriarch of Jerusalem. He headed the Diocese of Jerusalem until 2009, before getting seriously ill.