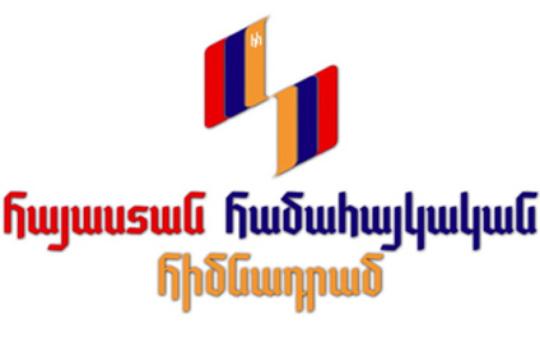 Support to Syrian-Armenians in the framework of “Telethon 2012” fundraising

“Hayastan” All-Armenian Fund’s executive board announced that 10% of the donations made by donors of Armenia and Artsakh in the framework of Telethon 2012 fundraising will be spent to satisfy urgent needs of our Syrian-Armenian brothers. The same statement was made by French local authority of the fund, who will direct for the same purpose 10% of the amount collected as a result of the traditional telethon held on November 15-18.

As for the money donated by benefactors of the Fund’s U.S. Western Region local authorities, only at the day of the marathon on November 22, 10% of the amount will be used for urgent needs of Syrian-Armenians inhabited here.

Note that the exception will be targeted donations, which will be used only for programs indicated by the benefactors.