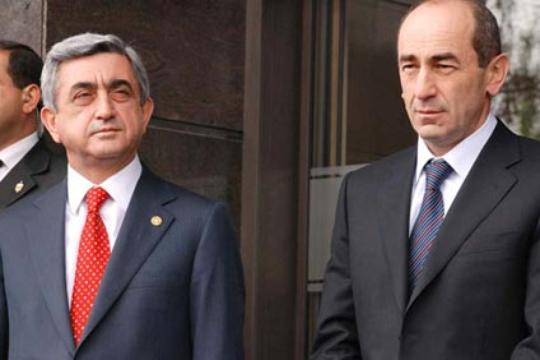 What should have said Kocharyan?

Maybe the second president doesn’t want to criticize everything because in that case it will be confusing that he voids returning to active politics. The main point of the interview was the explanation of his actions. As the analyst notes, Kocharyan is not original here. He also from the point of view of political competency considers the country not interesting and the absence of that struggle dangerous for the society. But in that case, Mandakuni raises a question of Kocharyan not coming back and trying to make the political situation more interesting. The fundamental and non-fundamnetal reasons that Kocharyan brought in for not running for president, the analyst considers not strong enough as those existed even when Kochayan was the president.

On the other hand, Mandakuni states, it is understandable that Kocharyan is in a difficult situation and can’t just announce about the failure of his tactics. Naturally he has to find other explanations but as they are too far away from reality they stop being persuasive.

The analyst concludes by saying that it is important that Kocharyan talks about him endorsing Sargsyan for presidency and that eh understand the incumbent president’s desire to be reelected. Kocharyan seems to be hinting that Sargsyan should understand his desire for coming back too.