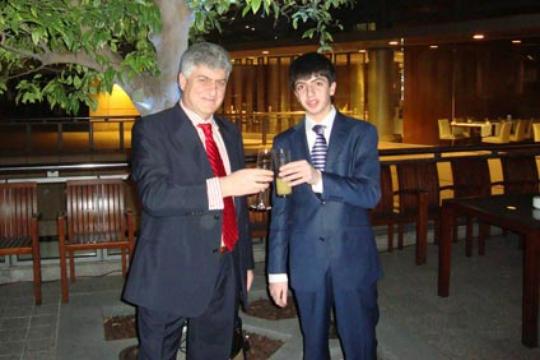 World Armenian Congress president Ara Abhamyan’s brother, former MP Amen Abrahamyan is not going to support the incumbent president Serzh Sarsgyan in the upcoming presidential elections` following Gagik Tsarukyan’s decision. Should be recalled, that Ara Abahamyan even few months before Serzh Sargsyan’s nomination already announced about supporting the president. First Armenian News and Analyses also found out that Armen Abrahamyan is the representative of North Korea in Armenia. The agency conducted an interview with Armen Abahamyan to find out his views on the upcoming elections and his connection to North Korea.

The former MP noted that as the PAP decided not to nominate or support any candidate he is going to do the same. As an MP from PAP, he is accepting all the decisions made by the party. Abrahamyan also noted that he couldn’t become PAP member because of having diplomatic position in Armenia connected with North Korea. Armen Abahamyan is the Honorary Consul General of Korea. To the question about his connection to North Korea, Armen Abrahamyan responded that in order to be a consul of one country you don’t have to be from that country or have any connection to it, and according to him, in Armenia 99.9 percent of Consuls of different countries are Armenians.