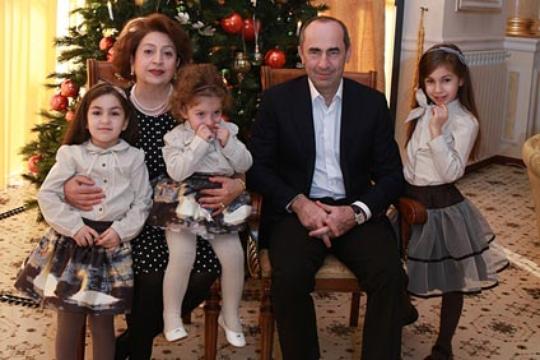 Only Kocharian is left

As writes the reporter of “First News and Analyses” Musa Mikaelyan, it seems that everyone opened his cards and everything is on the table now, but something seems to have been left out. Robert Kocharian hasn’t said his promised wordyet.
This opinion, of course, will hardly change anything or will have any decisive significance in the current situation. Nevertheless, it will be interesting, because no matter how open we consider today’s playing cards, it is doubtful that many people, including Robert Kocharian, have withheld cards, dreams or desires in 2017-18.

From this perspective, Kocharian’s response, of course, is expected with interest, which will characterize the fact where he is now, not physically, but in terms of content, and what his plans for the future are. The reporter notes that some aspects are of great interest, for instance, what Kocharian will say about “Prosperous Armenia”. Recall that quite recently he openly expressed his joy that the party has become a major political force.

According to Musa Mikaelyan, there is a great probability that Kocharian will criticize the government. It is interesting also what kind of place he will give to the President Serzh Sargsyan. The point is that if Robert Kocharian is displeased with the current situation, it would be very difficult for him not to talk about why he didn’t nominate his candidacy.

Kocharian’s main problem, of course, are guarantees of his capital, which he may receive for not interfering in the major processes of geopolitical context in Armenia. On the other hand, Kocharian, of course, himself has enough adequacy to assess rationally his chances in the context of these processes and in the internal logic of developments.