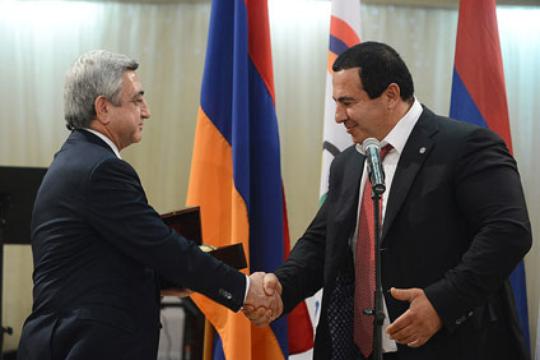 In the upcoming presidential elections PAP member, village headman of Garni village of Kotayk region, Ashot Vardanyan, is going to support the candidacy of the chairman of the Republican Party, presidential candidate Serzh Sargsyan. Mr. Vardanyan reported this himself today in the conversation with “First News and Analyses”.

“I’m going to protect the interests of the RA incumbent president. I won’t be represented as a party member, I am just next to the President of the country. It will definitely be so,” clarified the village headman, adding that he’s interested in the PAP’s decision, but now he will be with the President, because he is a political body and protects the state’s interest.

To our question whether the PAP is aware of his decision, he said that it is a free right and the party doesn’t have anyhting to do with it.
When asked, whether he would like the PAP to nominate its own candidate, Ashot Vardanyan said, “I’m not the one to make a decision, the decision-maker is the head of the party, I will support the Republican candidate. I live with the life of my village and will support Mr. Sargsyan’s interests.”