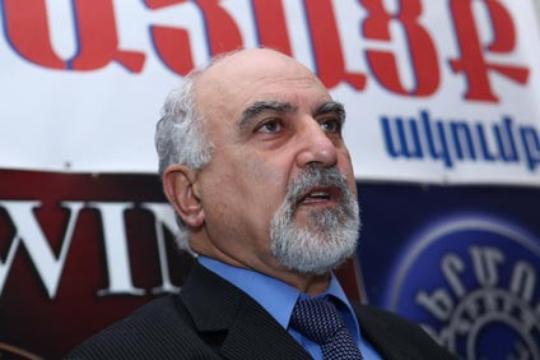 According to the information of “First News and Analyses”, behind the nomination of NSU President and presidential candidate Paruyr Hayrikyan is the incumbent president Serzh Sargsyan. In all the presidential elections along with the main candidates, several other minor candidates are nominated, who are raffled by different political forces for certain purposes.

Today we witness unprecedented non-competitive situation for the presidential elections. Serzh Sargsyan’s main competitor is considered to be former Prime Minister Hrant Bagratyan, whose resources, however, are not so great. Other candidates are nominated for certain purposes: to provide competition and destroy the opposition electorate. In addition to these two reasons, some candidates run to find fault with the main opposition candidate.
As for P. Hayrikyan, “First News and Analyses” was informed that the President sent a wreath to his mother’s death, who died in the U.S. and has been trasferred to Armenia. Today will take place the requiem ceremony.