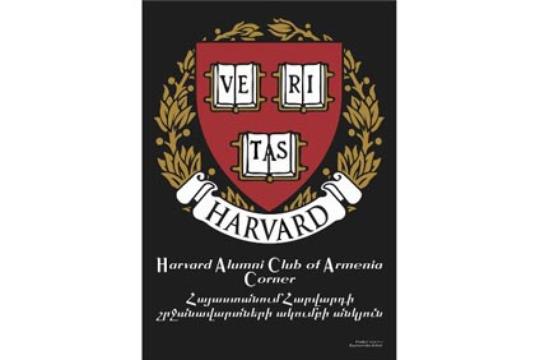 Harvard Alumni Club of Armenia has on January the 11th, for the year 2013 elected Samson Avetian as the President of the Club and Ester Demirtshyan as the Treasurer. Samson Avetian will be taking over the duties from Varoujan Avedikian, President year of 2012.

Harvard Alumni Club of Armenia has the objective of promoting graduate education as well as development of a dynamic civil society in Armenia.
The Club has instituted a scholarship program for students of Armenian descent accepted to Harvard University and has actively part-taken in seminars and lectures on various topics.