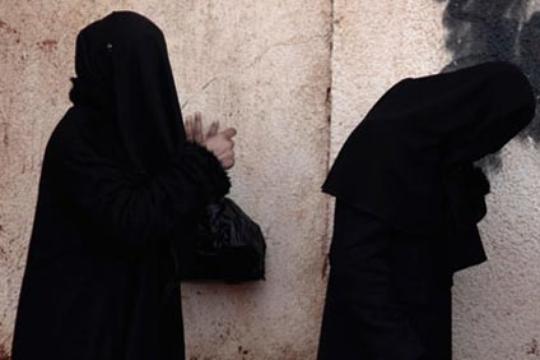 Syrian women and girls allege use of sexual violence as weapon of war. Mark Tran. The Guardian

Rape is a “significant and disturbing” feature of the Syrian civil war, with women and girls citing sexual violence as their main reason for fleeing the country, according to a report published on Monday.

Women and girls told the International Rescue Committee (IRC) of being attacked in public and in their homes, primarily by armed men. The rapes, sometimes by several men, often occurred in front of family members.

“The stories we’ve heard, talking to Syrian women, are truly horrific,” said Sanj Srikanthan, IRC-UK emergency field director. “Many of these women have experienced rape and torture in Syria, but as refugees [they] can’t find the support they need to heal their physical and emotional scars – let alone provide food and shelter for their families.”

During interviews with 240 Syrian women and girls in Lebanon and Jordan, IRC learned of attacks involving kidnap, rape, torture and murder, with Syria’s many roadblocks a particular danger.

IRC said it was impossible to give figures, but its report draws attention to the use of rape as a strategy in war. Sexual violence occurs in every humanitarian crisis, notably during the Balkan wars and in conflicts in parts of Africa, and Syria is no exception. In a report in June, Human Rights Watch said Syrian government forces have used sexual violence to torture men, women and boys detained in the conflict.

Last year, British foreign secretary William Hague launched the Preventing Sexual Violence Initiative to highlight these issues. The Foreign Office has assembled a team of 70 doctors, lawyers, forensic experts and psychologists who can be deployed to conflict areas.

Hague told parliament last week that the UK is sending specialists to deal with rape and sexual violence in Syria. “We’ve deployed experts to the region to provide training in how to respond to reports of sexual violence, to improve the prospect of future investigation and prosecutions, and we will intensify this work as a matter of urgency,” he said.

Members of the team will train local health professionals to gather medical and forensic evidence and documentation that can be used in prosecutions. Hague has said Britain will use its presidency of the G8 group of industrialised countries this year to push for a new international protocol on the investigation and documentation of sexual violence in conflict.

The UN estimates the death toll during nearly two years of civil war in Syria at 60,000. More than 2.5 million people, from a population of 22.5 million, have fled their homes, with 612,000 people registered as refugees in neighbouring countries. UNHCR, the UN refugee agency, said on Friday that harsh winter conditions, including freezing rain, have made life even more difficult for refugees.

The UN World Food Programme has warned that it was unable to deliver food to up to 1 million hungry and desperate Syrians because of spiralling violence across the country and a lack of fuel. The UN has appealed for $1.5bn (£9.3m) for the first six months of this year, the largest short-term UN appeal, but it remains seriously underfunded.

Refugee camps have gained much media attention, yet most Syrian refugees are in towns and cities in Lebanon, Jordan, Iraq and Turkey, IRC added. In a grim irony, Iraq and Syria have reversed their previous roles as states of refuge. Iraq now hosts 67,000 refugees whereas, five years ago, Iraqis fled to Syria. Lebanon has received more than 200,000 Syrian refugees, Jordan 176,500 and Turkey more than 148,000.

“While some Syrians are housed by host families in cramped quarters, most are renting small, dilapidated unfurnished apartments that they increasingly cannot afford,” said IRC. “Others find shelter in sheds, barns, basements and abandoned buildings unfit for habitation. Some are offered shelter by local authorities in unused public spaces.”

Urban refugees are straining the education, health and water facilities of host countries. Rents have gone up for both refugees and locals, and tension is on the rise.

The IRC report also described the deliberate targeting of medical and healthcare facilities by the Syrian government. Doctors told the IRC of a systematic campaign to restrict access to healthcare through strategic bombing, forcing the closure of hospitals.

IRC urged donors to significantly increase bilateral aid to host countries to help offset the strain on their infrastructure and ease tension. The US has given $100m to Jordan, but IRC said donors should give more to Iraq, Lebanon, Jordan and Turkey. IRC said donors must recognise sexual violence as a feature of the Syrian conflict, as well as the threats Syrian women and girls face as refugees and the shortage of quality services available to them, and develop an appropriate strategy to address the crisis.