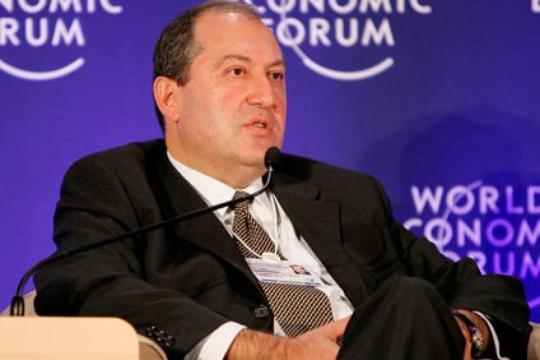 According to the reliable sources of the First Armenian News and Analyses, in the circles of government elite the issue of the Prime Minister is being discusses. According to the news, the Prime Minister should be changed and the incumbent president, Serzh Sargsyan is now looking for the appropriate candidate. The president considers different people. Among them is Armenia’s former Prime Minister Armen Sargsyan. The option of Tigran Sargsyan remaining the PM in case no better candidate is found is also on the table.

Should be recalled, A. Sargsyan has been a PM since 1996 November till 1997 March. He was appointed in the position after the PM Tigran Hayrapetyan. After him the second Armenian president, Robert Kocharyan was appointed as a Prime Minister. A. Sargsyan now lives in England and does business. Last year news was spread that he made investments in Russia and the issue of him not making any investments in Armenia started to be discussed.

Previously, Sargsyan had been Armenia’s ambassador in London, having been a faculty member at the University of Cambridge when Armenia became the first country to gain independence from the former Soviet Union.
He is now one of the directors of Eurasia House.[1] He is also a member of the Global Leadership Foundation, an organization which works to promote good governance around the world.[2]