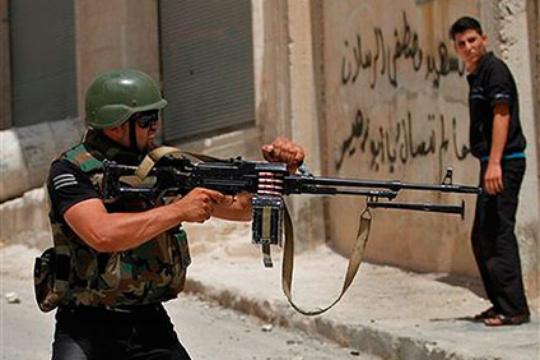 An Armenian injured in Aleppo from a sniper’s shot

Two days ago an Armenian was injured from a sniper’s shot in Aleppo’s Nor Gyugh neighborhood. The spokesman for Aleppo ‘s Berio Diocese of the Armenian Church Zhirayr Reyisian informed about this to the First News and Analyses. He noted that the injured is a middle-aged man who was injured by a bullet which explodes in the body. According to Reyisyan, the man was operated on in hospital yesterday.

According to the spokesman, the injury is pretty serious and the patient is under doctors’ supervision.

Talking about the clashes in Aleppo, the Batman noted that the situation hasn’t changed so far. There are still regions where the clashes continue, but in the neighborhoods inhabited by Armenians clashes don’t happen, but there is military supervision because of the possible risk and danger.