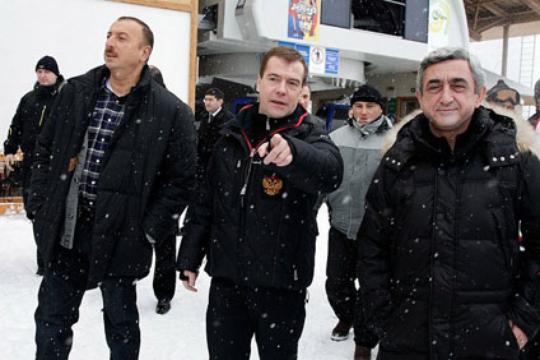 The ambassador of Azerbaijan to the United States Erin Suleymanov, speaking at the International club of Annapolis, Maryland, said that the Armenian-Azerbaijani conflict over Nagorno Karabakh is a main hindrance to the integration processes in the South Caucasus.

Political analyst Aram Amatuni focusing on the above mentioned statement notes that it is difficult to say whether Armenia has an ambassador to the United States or not. “It would be good to ask that ambassador to also come up with public statements presenting views about the current developments in the region and show the possible approaches to the existing conflicts. The ambassador would have to base his statements on the official view of Yerevan. And Yerevan in this case suggests the resolution of the conflict through economic integration processes. “As Amatuni states, that approach is not even a new one and was even discussed under Kocharyan’s rule.

Thus, as noted by Amatuni, Armenian government just needs to bring its model of economic integration into the context of international developments. Good strategy and diplomacy is needed for this. Safarov’s case and Armenia’s response to it, though, casted doubt about the potential of Armenian diplomacy.

Amatuni elaborates that Armenia’s strategy now shows that foreign policy is endangered because the government uses the policy only to stay in power.

“Diplomacy is, indeed, an iceberg. But an iceberg itself doesn’t only have its invisible part under the water, but also the part that is visible. In case of Armenia’s diplomacy, the upper part of the iceberg, the visible part merely doesn’t exist and the existence of the invisible part is only of hypothetical character.”

In other words, as stated by the analyst, it is hard to say whether Armenia actually has policy or diplomacy. “Official visits and meetings are not politics. They are only simple signs of foreign policy which should be turned into ideas and offers. We don’t have anything like that. The only time it was the football diplomacy between Armenia and Turkey, which can only be considered “half-offer” as Russia’s role was greatly visible in it. Armenia didn’t yet present any even “half-idea” of regional importance which could become a topic for discussion”.