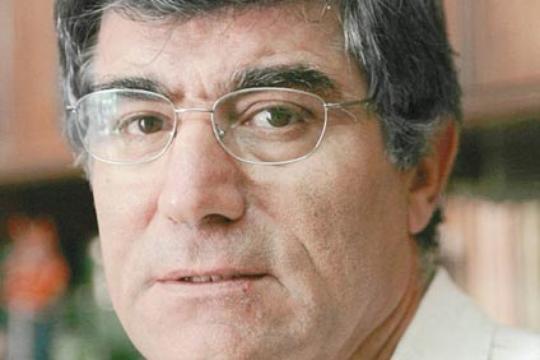 Hrant Dink, was a Turkish editor, journalist and columnist of Armenian descent.
As editor-in-chief of the bilingual Turkish-Armenian newspaper “Agos”, Dink was a prominent member of the Armenian minority in Turkey. Dink was best known for advocating Turkish-Armenian reconciliation and human and minority rights in Turkey; he was often critical of both Turkey’s denial of the Armenian Genocide, and of the Diaspora’s campaign for its international recognition. Dink was prosecuted three times for denigrating Turkishness, while receiving numerous death threats from Turkish nationalists.

Hrant Dink was assassinated in Istanbul in January 2007, by Ogün Samast, a 17-year old Turkish nationalist. This was shortly after the premiere of the genocide documentary Screamers, in which he is interviewed about Turkish denial of the Armenian Genocide of 1915 and the case against him under article 301. While Samast has since been taken into custody, photographs of the assassin flanked by smiling Turkish police and gendarmerie, posing with the killer side by side in front of the Turkish flag, have since surfaced. The photos created a scandal in Turkey, prompting a spate of investigations and the removal from office of those involved.

At his funeral, two hundred thousand mourners marched in protest of the assassination, chanting “We are all Armenians” and “We are all Hrant Dink”. Criticism of Article 301 became increasingly vocal after his death, leading to parliamentary proposals for repeal. The 2007–2008 academic year at the College of Europe was named in his honor.
Since this year is the 6th anniversary of Dink’ murder, special events will be eold in Polis.

According to one of the organizers of such events Chinzgiz Alkan, the goal of the events is to show what Dink wanted to tell Turkey.
Alkan stressed that it is very bad that till today, when 6 years have passed, Turkey couldn’t find the one who has ordered to kill Dink.
On January 19, the day when Dink died, a march will take place in Dink’s honor.