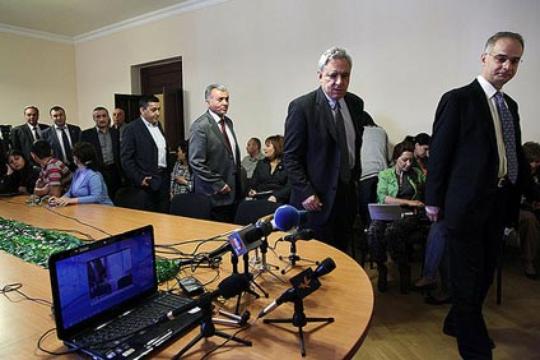 In his political analysis Arman Babajanyan states that it seems the withdrawn ARF, ANC and PAP will not let Serzh Sargsyan enjoy his presidency. These political parties keep a mysterious silence which is convenient for them to show that their withdrawal was not in vain. These powers could not even explain their electors the real reason of their withdrawal. Babajanyan states on the other hand these political powers have no way to survive after the elections but to generate rumors that they will prepare an aftershock for Sargsyan after the elections. Babajanyan states this is nonsense. All these issues have nothing to do with the public concerns and the issues the society faces today, Babajanyan goes on.

Thus it turns out these powers do not want to leave public in peace and now spread intrigue of the serious problems they are going to cause Sargsyan after the elections. In case such thing happens, it will be just a part of the political fair that goes on. Theere will not be an issue of discussion, but an issue of trade.