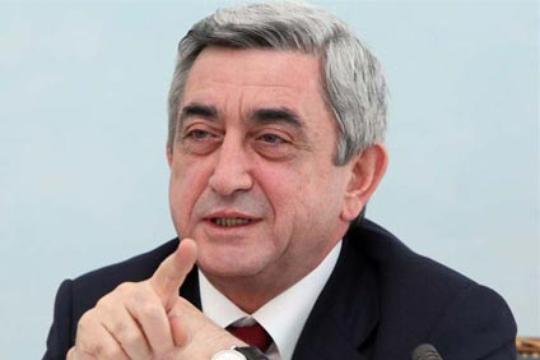 As it is already known, “Sharm” Holding and the incumbent president Serzh Sargsyan are working on a new song and a video clip for his electoral campaign. The journalists tried to figure out who is going to sing in this video clip.
Singer Leyla Saribekyan was not aware of this and said that she was not offered anything. But to the question whether she would agree to sing, in case of the offer, she said: “Usually, I never sing for any electoral campaign. If I sing, then the song should be valuable, I don’t see anything bad in this.”

NA RPA member and singer Shushan Petrosyan informed that the video has been shot a long time ago and that she also sang in there.
“Many popular artists sang in this video clip, including Nune Yesayan, Lilit Hovhannisyan, MIhran Tsarukyan, Hayko and others.” – said the MP.
To the question who are the authors of the song, Shushan Petrosyan said that she doesn’t know the scriptwriter, but the name of the music composer is Albert, but she couldn’t remember the last name. Besides, the MP didn’t also know when the premiere of the video clip is going to be.