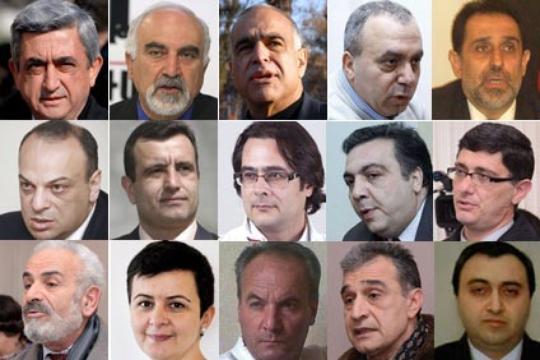 As the reporter of “First News and Analyses” Musa Miqayelyan writes in his political analyses, the number of the RA presidential candidates draws great attention of the public both by its quantity and content, and the most general conclusion out of it is that the elections seem to be rather unimportant and in fact Armenia has never had such shameful image.

Musa Miqayelyan notes that each of these scandals is unique in its own way, but at the same time they are alike and one is the continuation of the other one.
“When there is no state, and there is no normal system, every election is going to end up with such scandals. And the society has to take care so that this elections become the last scandalous. Who is nominated as a presidential candidate, or who has given up long ago does not already matter, because if the number in terms of arithmetic or content was different, it would just change the nature of the regular shame.” concluded the reporter