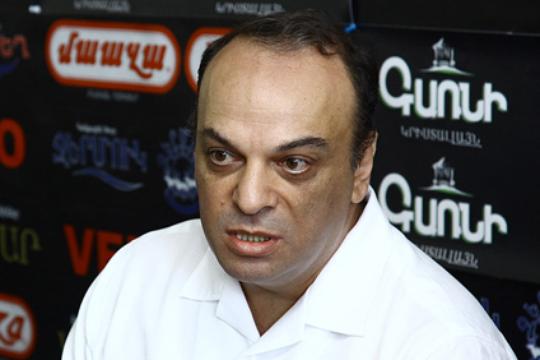 Speaking by preconditions is a criminal approach from Azerbaijan. Arman Melikyan

With the news about the compensation of deposits for the population of NKR, the Azerbaijani government is trying to distract the direction of the issue, as even not being Azerbaijani citizen, people have the right to request for the compensation of the items that have been stolen. This is what said in the interview with journalists the former Minister of Foreign Affairs, Arman Melikyan.

As he thinks, speaking by preconditions is more like a criminal approach from Azerbaijan. The problem is not in keeping the promise, rather it is what they are trying to give to the Armenians of NKR, azerbaijani-armenian refugees and the international community.
In response to the question what steps should be carried out to orient people for non-compliance to the Azerbaijani propaganda, Arman Melikyan said that Armenia and Artsakh authorities should initiate steps to make that issues the top question of bilateral contacts with Azerbaijan, Azerbaijani and international economic and financial issues agenda.