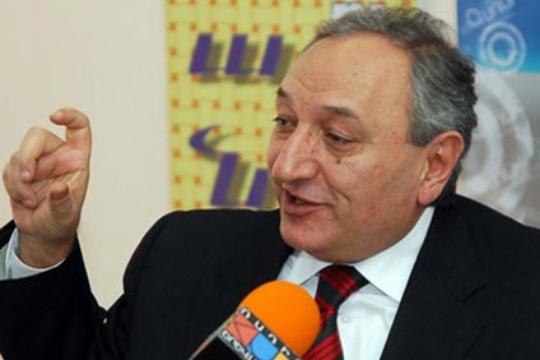 Since 1988 the one who has been popular, was Serzh Sargsyan: PAP member Vardan Bostanjyan

Wether we want it or not, Raffi Hovhannissian is the flag of democracy in our country. This is what said PAP member Vardan Bostanjyan in the interview with journalists.
While talking about the upcoming presidential elections, he noted: “ Epos specialist is also an interesting phenomenon. The Armenian reality is concentrated in the epos. I welcome the fact that there are people who study this. But Serzh Sargsyan is someone who has been in contradictory phenomenon during the whole peiod of our independence, and in all cases became the winner. Now, you will think that I’m praising him. It’s fine. But since 1988, he was the one, who has been popular.”

To the question, why the society is to blame for, for instance, president’s nephew, who shots in downtown, Bostanjyan responded. “It has nothing to do with the state and it could have happened in each of our houses, even in mine.”