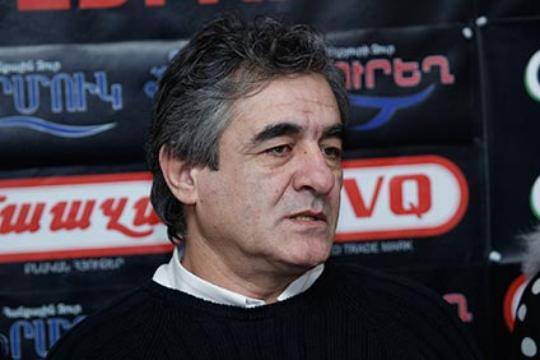 The public was left all alone in front of the incumbent rulers: Manvel Sargsyan

Political experts Manvel Sargsyan and Levon Shirinyan today in the meeting with the journalists referred to the upcoming presidential elections. Sargsyan states those political powers that were left out of the electoral processes stated that there is no competitiveness in the elections but they have been stating this for years and not changing anything about it.

Political expert Levon Shirinyan divided the political process into two parts: objective process and subjective factor. He brought the example of Latin American examples where such crash of the opposition led to the complete dictatorship. Manvel Sargsyan stated the public was left all alone in front of the incumbent political power and the question is whether the public will understand that they have to take something in their hands and not let it go for granted. This is an attempt for Armenia to understand the level of civic realization. Shirinyan added that the public cannot change everything and has to demand it from the rulers.