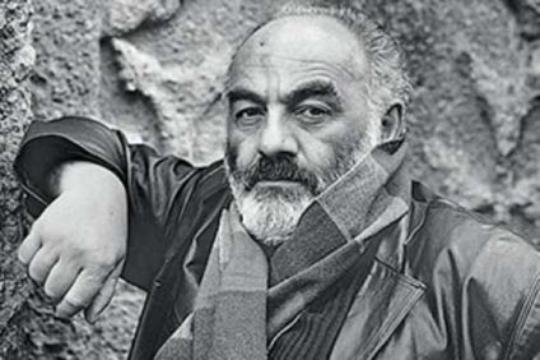 Sergei Parajanov, born in January 9, 1924, was Georgian-born Armenian film director and artist who made significant contributions to Ukrainian, Armenian and Georgian cinema. He invented his own cinematic style, which was totally out of step with the guiding principles of socialist realism (the only sanctioned art style in the USSR). This combined with his controversial lifestyle and behavior, he led Soviet cinema authorities to repeatedly persecute and imprison him, and suppress his films.

Although he started professional film-making in 1954, Parajanov later disowned all the films he made before 1964 as “garbage”. After directing Shadows of Forgotten Ancestors (renamed Wild Horses of Fire for most foreign distributions) Parajanov became something of an international celebrity and simultaneously a target of attacks from the system. Nearly all of his film projects and plans from 1965 to 1973 were banned, scrapped or closed by the Soviet film administrations, both local (in Kiev and Yerevan) and federal (Goskino), almost without discussion, until he was finally arrested in late 1973 on charges of rape, homosexuality and bribery. He was imprisoned until 1977, despite a plethora of pleas for pardon from various artists. Even after his release (he was arrested for the third and last time in 1982) he was a persona non grata in Soviet cinema. It was not until the mid-1980s, when the political climate started to relax, that he could resume directing. Still, it required the help of influential Georgian actor Dodo Abashidze and other friends to have his last feature films greenlighted. His health seriously weakened by four years in labor camps and nine months in prison in Tbilisi, Parajanov died of lung cancer in 1990, at a time when, after almost 20 years of suppression, his films were being featured at foreign film festivals.

Parajanov was born to artistically gift Armenian parents, Iosif Paradjanov and Siranush Bejanova, in Tbilisi, Georgia. He gained access to art from an early age. In 1945, he traveled to Moscow, enrolled in the directing department at the VGIK, one of the oldest and highly respected film schools in Europe, and studied under the tutelage of directors Igor Savchenko andAleksandr Dovzhenko.
In 1948 he was convicted of homosexual acts (which were illegal at the time in the Soviet Union) with a MGB officer named Nikolai Mikava in Tbilisi. He was sentenced to five years in prison, but was released under an amnesty after three months.

In 1950 Parajanov married his first wife, Nigyar Kerimova, in Moscow. She came from a Muslim Tatar family and converted to Eastern Orthodox Christianity to marry Parajanov. She was later murdered by her relatives because of her conversion. After her murder Parajanov left Russia for Kiev, Ukraine, where he produced a few documentaries (Dumka, Golden Hands, Natalia Uzhvy) and a handful of narrative films: Andriesh (based on a fairy tale by the Moldovan writer Emilian Bukov), The Top Guy (a kolkhoz musical), Ukrainian Rhapsody (a wartime melodrama), andFlower on the Stone (about a religious cult infiltrating a mining town in the Donets Basin). He became fluent in Ukrainian and married his second wife, Svitlana Ivanivna Shcherbatiuk, also known as Svetlana Sherbatiuk or Svetlana Parajanov, in 1956. Shcherbatiuk gave him a son, Suren, born in 1958.