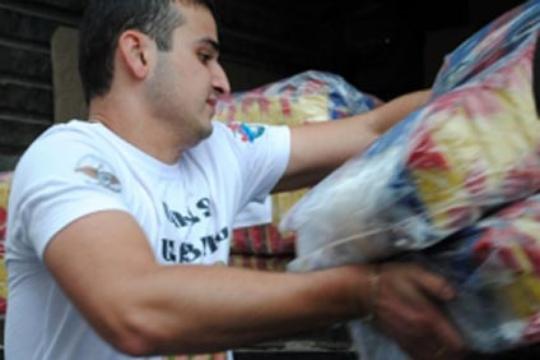 After the recent war events in Syria a number of Syrian Armenians left Syria for Armenia and 105 of them settled in Artsakh. The head of the Kashatagh district Davit Davtyan told the First News and Analyses the NK government does its best to support Syrian Armenians in Artsakh.

He said on the New Year eve the families were given food and utensils, 50 cottages will be built in the future for them also. Davtyan said all the Syrian Armenians in Artsakh are provided with jobs mainly in agriculture. 18 families have already introduced their documents for permanent residence in Artsakh.