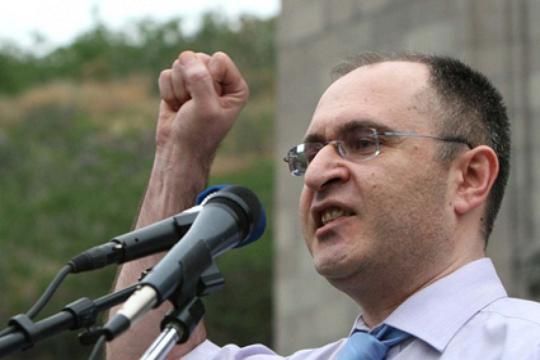 The future of Armenia is out of the triangle of three presidents, three brothers, three philistines

The conservative party leader Mikayel Hayrapetyan told the first Armenian News and Analyses that the future of Armenia is out of the triangle of three presidents, three brothers, three philistines. He also stated there is no party decision how to participate in the elections and he cannot state any concrete thing.

Hayrapetyan added his party welcomes all the candidates and those who would love to put their candidacy but did not do it coming out of certain reasons. It is welcoming the strive of the political powers to change the already existing political environment shifting it towards true democracy which is theoretically possible but practically not so much.