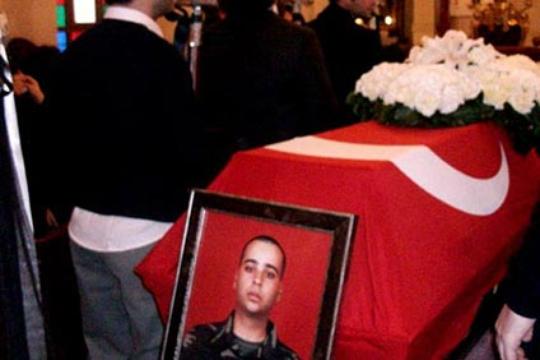 Funeral of Murdered Armenian Woman was held in Istanbul

Asbarez writes that the funeral of 84-year-old Marissa Kuchuk (Küçük), who was brutally murdered in her apartment in Istanbul, was held on Jan. 5, amid fears that violent acts against the country’s Christian minorities will continue to be swept under the rug.

Armenian Weekly Columnist Ayse Gunaysu pointed to possible attempts to silence the family of the victims. “Before the service, while waiting in the church yard, there was a heavy silence—the silence of those who know but are unable to speak about what they know. The family was asked not to talk to the ‘outsiders.’”

As reported, Kuchuk’s funeral was held at the Armenian Church in Samatya (current name Mustafapasha), where hundreds gathered to pay their respects. “Both inside the church and the churchyard were full of people of all ages,” said Gunaysu, who attended the funeral. “While the coffin was being carried on the shoulders [of mourners], I saw Marissa’s daughter, hardly able to walk, held by the arms by two other middle aged women.”

Note, in recent years, there have been several attacks against Armenians in Turkey. Earlier in December, another Armenian woman was brutally attacked and robbed. Months earlier, an Armenian woman was called an infidel and attacked in a cab by the driver himself. On April 24, 2011, Sevag Balikci, an Armenian serving in the Turkish Army, was killed by a fellow soldier in what was clearly a hate crime on Armenian Genocide Commemoration Day. In January 2007, Turkish-Armenian journalist Hrant Dink was murdered in broad daylight in Istanbul.