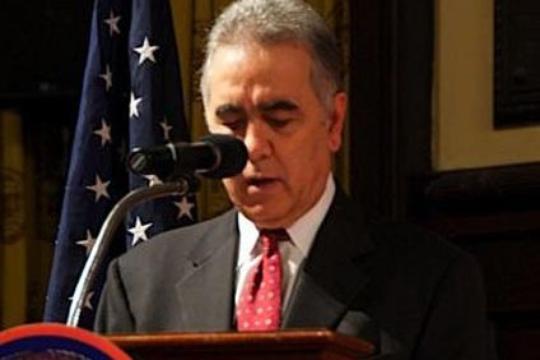 While political leaders often exaggerate their achievements and brag about the superiority of their nation, such claims become absurd if they are far removed from reality and border on chauvinism and narcissism.
When leaders harbor an exaggerated sense of self-importance, they could be easily manipulated by others who exploit their insatiable appetite for flattery. Prime Minister Recep Tayyip Erdogan is one of several high-ranking Turkish officials who may be suffering from such a character flaw.

The Turkish media provided extensive coverage to a Los Angeles Times article reporting that “Pres. Obama has logged more phone calls to Erdogan than to any world leader except British Prime Minister David Cameron.” When the two met at the United Nations in New York, Pres. Obama gave Erdogan “more face time than any other world leader,” lasting almost two hours. The US President reportedly praised the Turkish Prime Minister for showing “great leadership.” The L.A. Times specifically noted that Obama even “resorted to flattery” by subsequently phoning Erdogan “to rave about a Turkish basketball tournament.”
The Turkish newspaper, Today’s Zaman, published a follow up article further highlighting the close relationship between the two leaders: “Erdogan and Obama’s phone chats reveal Turkey’s ascent.” The article included a photo where the American and Turkish leaders are shaking hands while brimming with wide smiles.

Although Prime Minister Erdogan does not look kindly upon anyone who writes unflattering words about him and frequently sues journalists daring to criticize his policies, prominent Turkish commentator Semih Idiz risked imprisonment by writing an article last week in Al-Monitor, titled: “Is Erdogan Aiming to Be a Latter-Day Sultan?” Idiz underlines the Prime Minister’s “authoritarian tendencies and lack of tolerance to any criticism, especially from a free press.”
The Turkish journalist writes in great detail about Erdogan’s plans to run for President in August 2014, but not before drafting a new constitution that would transform the current head of state’s ceremonial post into “an executive presidency” that would not be “encumbered by a system of checks and balances.” If elected President, Erdogan would have “the power to dissolve the Parliament, rule by decree and appoint government ministers, senior bureaucrats and jurists without parliamentary approval.”
It is not a mere accident that Erdogan recently told Turkish journalists that the American presidential system, with checks and balances that limit the power of the president, is not suitable for Turkey: “The US president cannot appoint an ambassador, he cannot even solely decide on the sale of a helicopter…. That’s why we should create a Turkish-style presidential system.”

Foreign Minister Ahmet Davutoglu, who used be a serious scholar, appears to be emulating his conceited Prime Minister. Last week, in his opening remarks at the annual conference of Turkish Ambassadors held in Ankara, Davutoglu made a highly arrogant statement claiming that Turkey plays a critical role in world affairs: “Because the global powers know that now history flows through Ankara, parties that ignore Ankara cannot understand history. The one that risks relations with Ankara will take risks in all regional policies…. Those who want to understand history must be present in Ankara, Istanbul and every other place in Turkey, because from now on we will be more actively present in shaping the flow of history.”

These preposterous words are uttered by a Foreign Minister who had assumed his current post by pompously declaring that his country pursued a policy of “zero problems with neighbors.” The harsh reality is that Turkey now has almost no neighbors without problems! Indeed, Ankara has serious conflicts with neighboring Armenia, Cyprus, Greece, Iran, Iraq, and Syria!

Not to be outdone by his senior colleagues, Turkey’s controversial European Union Affairs Minister, Egemen Bagis, greeted the New Year with a fresh list of outlandish statements: “Today there is no government in Europe which is more reformist than our government. While EU countries are struggling in crisis, our country is experiencing the most democratic, prosperous, modern and transparent period in its history. The ‘sick man’ of yesterday has gotten up and summoned the strength to prescribe medication for today’s Europe…and to share the EU’s burden rather than being a burden to it.”

Pres. Obama has discovered that he can get more out of Turkish leaders by honey than vinegar, capitalizing on their overwhelming desire for praise and flattery. The problem is that such lavish praise has turned Turkey into ‘a spoiled brat’ who has become a serious menace to the entire neighborhood!