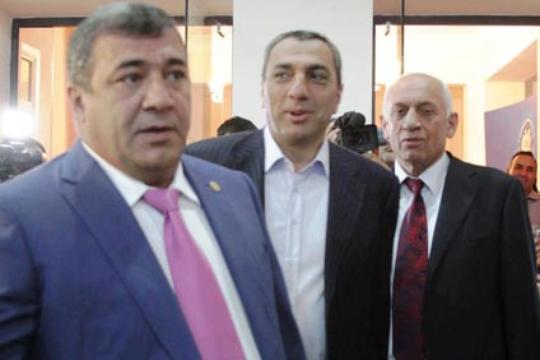 Amatuni also says that there is no such thing as Sargsyan’s “Armenia”; there is Armenia where Sargsyan is too. Armenia is Sarzh Sargsayn’s as much as it is Lfik Samo’s, Nemec Rubo’s or Tokhmah Mheer’s. The political analyst states, the ruling elite of the country is absolutely tasteless and it is not only about Taron Margaryan. Those who challenge the system, no matter tasteless or what, should deal with the criminal oligarchic clan with concrete confidence.

This is what must be the first of all problems to be faced. The opposition with Ter-Petrosyan in the head tried to tear some parts of the clan, to disguise them but managed to do that inconspicuously and very little parts of the clan were torn. Ter-Petrosyan wanted to tear a bigger part, disguising Tsarukyan but all this turned out to work against him and destroy the ANC.

Thus, Amatuni concludes that destroying the oligarchic clan by means of including them into opposition political processes has several times been failed and a new method is needed to get rid of them. It is very difficult to go for an election and win it in the current political environment. This is not fair towards the electorate and the people feel this immediately.