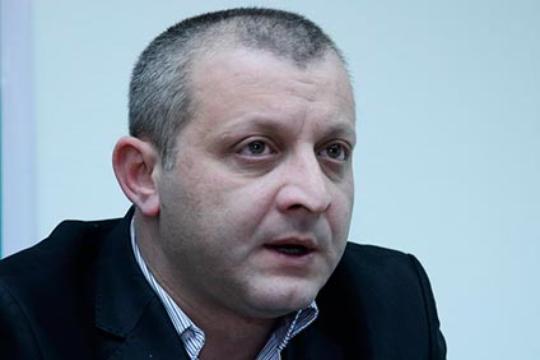 Armen Khachatryan , Judge of the Arabkir and Erebuni Administrative Court of General Jurisdiction, decided to call political scientist Suren Surenyants to court.
Note, Surenyants is being accused for cheating Gevorg Ghasabyanc, from whom he took 508.000 AMD.

As reported, neither Sirunyants nor his lawyer was in the court.
Judge Khachatryan said that if Sirunyants won’t be present in the next court trial, they will accept other strict measures for the political scientist.
Note, Sirunyants can’t leave the city till the end of the trial.
The next trial is going to be on January 16.