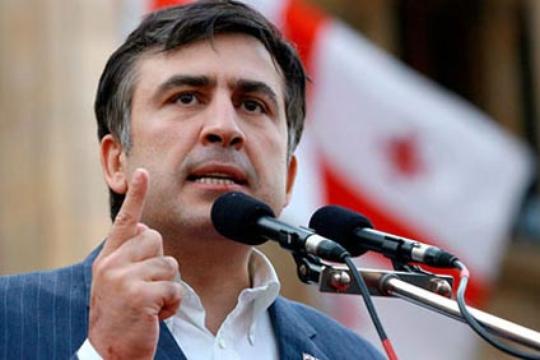 Georgian President told journalists on Monday that several major investment projects were demolished resulting in loss of jobs by many people because of the new government.
He presented to the journalists layout of the hotel which was to be built in the center of Tbilisi.

“You know that here in Rica, and generally in Tbilisi a very beautiful building of the hotel was being constructed. This hotel was to be built in the center of Tbilisi, it was supposed to give work to 20 thousand of our citizens. This was to be done with foreign investment, but I was told that the new government of Georgia has suspended the project, that is, 20,000 people were out of work due to quite a far-fetched pretexts. Alongside, construction of the hydroelectric power plant was to start in Hobistskali on January 1. Unfortunately, I was informed that this project as well got suspended. Construction of a new runway at Tbilisi airport that we started a few months ago has also been stopped. If the mentioned construction is not brought to the end, Georgia will lose hundreds of thousands of tourists. I learned that several thousands of our citizens have lost their jobs, ” said Saakashvili.