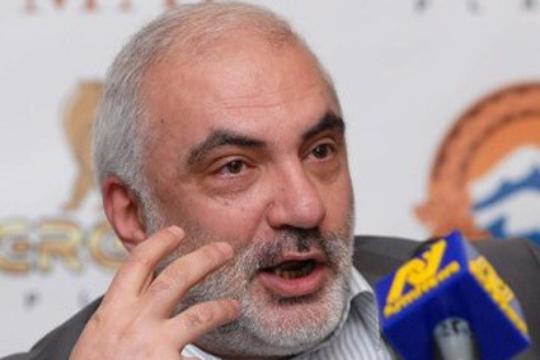 Former NA vice-speaker, Karapet Rubinyan, thinks that the appearance of not popular candidates for the presidential elections is normal and expected.

“The main problem is that there aren’t any conditions in our country for the Constitution to work properly and to let the RA citizens elect the auhtorities, hence there is no need to talk about the elections,” said Rubinyan.

To the queston, why the people who do not even have any connection with politics also submitted their applications to run, Rubinyan answered that probably, they had their own calculations for being a little bit more popular.
In reponse to the question of the journalist, whether Rubinayn would support Raffi Hovhannissian in the upcoming elections, considering the fact, that he was in the “Herigate” party list on the parliamentary elections, Rubinyan said, -“I look positively to Hovhannissian’s candidacy and wish him good luck, however I haven’t seen him as a head of a big movement or abolition of the regime, but if he manages to do that, I will be more than happy to support him.”