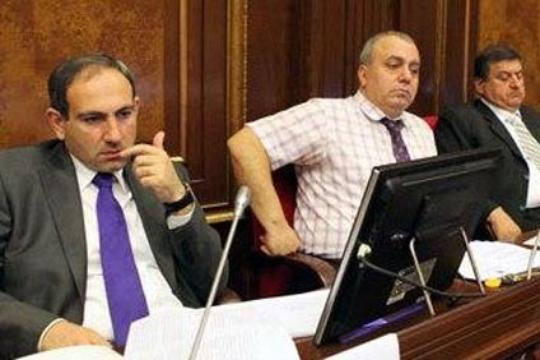 As it was spread, Stepan Demirchyan, Nikol Pashinyan and Hrant Bagratyan didn’t visit Ter-Petrosyan’s palace to congratulate him on the New Year.
Although, during the session of “Freedom” party Hrant Bagratyan expressed hope that his nomination would not affect the relationship between him and Ter-Petrosyan, it turns out that there is no relationship at all.
ANC considers Bagratyan as an enemy and they stopped all kinds of interactions with him. This probably depends on Ter-Petrosyan’s attitude, as according to him, nobody except for him, was to nominate candidacy for the presidential elections.
As for Nikol Pashinyan, he is not separated from the ANC and at least formally remains the member of that structure.