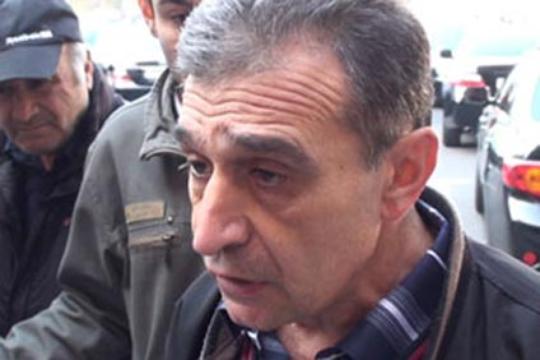 I will never pay 8 million as an electoral pledge, this is a crime: Presidential candidate

“The payment of that electoral pledge is fixed in the Electoral Code, however it contradicts with the Constitution. I am not going pay it.” – in his interview with “First News and Analyses” said one of the candidates for the post of the RA president, Robert Simonyan.

“It is necessary to conform the laws with the Constitution, and not just vice versa. In Constitution it is said, that each representative of religious, social or racial class has the right to nominate his candidacy. Hence, it is a rough violation of the law. This is actually a crime. Thus we refer to the previous elections, the time of Robert Kocharyan, when he didn’t have 10 years of citizenship.
I have already prepared my complaint, and I am waiting for my candidacy not to be registered, so that I apply to the international court. This is a discrimination, our government violates the public’s principles, the constitutional norm, and international tribunals. I wll never pay that 8 million.”

Recall that the CEC hasn’t registered the candidate yet, because he didn’t pay the electoral pledge in the amount of 8 million drams. For paying and being nominated, Robert Simonyan has 48 hours.