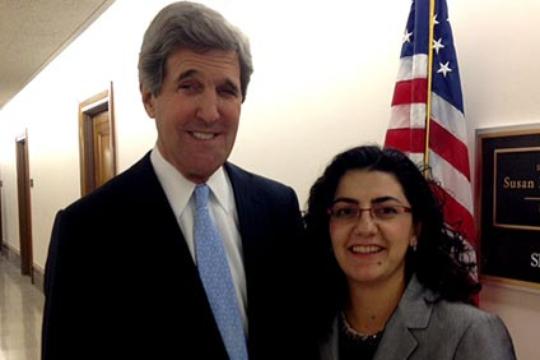 Asbarez reports that the Armenian National Committee of America (ANCA) team was up on Capitol Hill to welcome the over 90 newly elected members of the U.S. Senate and House, as Congress kicked off its 113th Session.

ANCA Government Affairs Director Kate Nahapetian and ANCA San Francisco-Bay Area Chairman Armen Carapetian were among those reaching out to old Congressional friends and welcoming new Members, as the new session was launched at noon on January 3rd.

Among those returning to Congress was Senator Mark Kirk (R-IL), who marched up the steps of the Capitol today after a valiant recovery from a stroke suffered in 2012. Prior to his election to the Senate, Kirk served as Co-Chair of the Congressional Armenian Caucus during his years in the U.S. House.