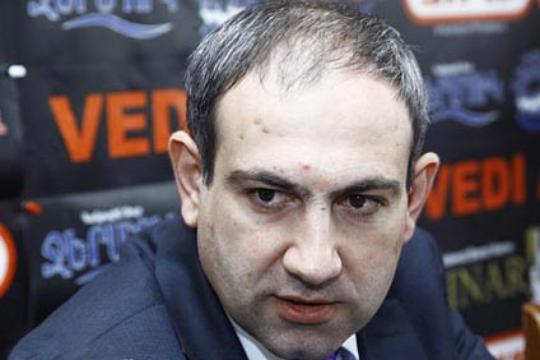 We allowed 2 bloomers in the ANC’s activities. Nikol Pashinyan

According to the deputy of the NA “Armenian National Congress” party Nikol Pashinyan, they allowed two bloomers in the ANC’s activities.
The first was the dialogue with the authorities, and the second mistake, which led to the current political situation, is the political line, which exists today. “As a result of consultations with the Prosperous Armenia party an explosion took place in Armenia’s opposition field, which never happened before,” he said.
According to him, the government is responsible for its activities before the public, and the opposition has a lot to explain to the public as well, opposition leaders are also answerable to the public. “We just have to apologize for failing to actualize the public’s hopes.”