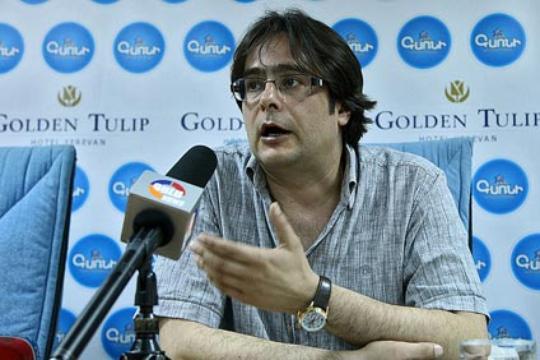 On December 28, political analyst Andreas Ghukasyan submitted to the Central Electoral Commission (CEC) of Armeni, his formal nomination for the presidential elections to be held in the country on February 18, 2013. He is the 6th candidate for the post of the RA president. Ghukasyan is not affiliated with any party.

Recall that, according to the Electoral Code, the formal nominations can be submitted to the CEC until January 4, 2013.
Non-party affiliate Mher Hayrapetyan, epos specialist Vardan Sedrakyan, leader of National Self-Determination Union Paruyr Hayrikyan, and incumbent President Serzh Sargsyan have already submitted their formal nominations to the Central Electoral Commission.