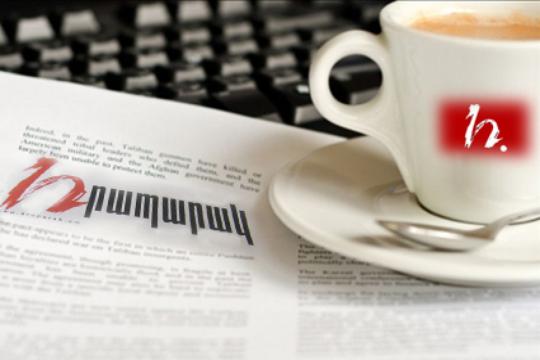 If Levon Ter-Petrosyan was nominated he would have legitimated Serzh Sargsyan’s regime?

“Hraparak” daily writes that on December 27 ANC made a final statement concerning the upcoming presidential elections.
The statement said the following:
“Taking into account the current situation, ANC thinks it is useless to participate, moreover, to support any other candidate in an election which won’t be fair. Supporting any candidate means that we legitimate Serzh Sargsyan’s regime.”
There are many facts to say that the statement is fake, since some political parties, which are inside ANC, don’t agree with it and haven’t signed under the statement.

“Democratic Fatherland” and “Christian-democratic renaissance” political parties, which are under ANC, haven’t signed under the document and according to the regulations of ANC; the congress can’t accept a statement unless everybody accepts it.
“Hraparak” took an interview with the heads of the mentioned 2 political parties to find out what is going on.
According to Sos Gimishyan, head of “Christian-democratic renaissance” political party, they don’t agree with it and haven’t participated in the session.
Gimishyan commented on the part of legitimating Sargsyan’s regime and added that it is just absurd:

“According to them, if Petrosyan was nominated he would have legitimated Sargsyan’s regime, which is ridiculous”.
In the end Gimishyan stressed that he and his political patty will support Hrant Bagratyan.
Almost the same thing said Petros Makeyan, head of “Democratic Fatherland” political party.
Makeyan stressed that the statement can’t be adopted since they haven’t signed under it.