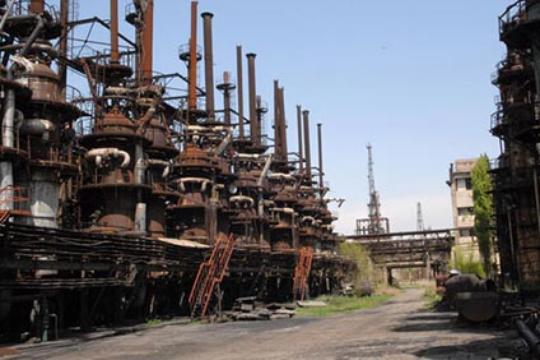 “Nairit” next investor known in January?

The minister of Energy Armen Movsisyan told the First Armenian News and Analyses “Nairit” will have a new investor next year. A couple of weeks ago Movsisyan informed Russian oil and gas company “Itera” had applied for the investing post and added that in 2013 it will be clear who is going to invest in “Nairit”.

The last investor in “Nairit” was “Rainovil property limited” company which in 2006 took 5-years’ investment program, promised to invest $250 million but never carried out it. This company is the 90% stakeholder of “Nairit”. The other 10% belongs to the Ministry of Energy. The plant has a lot of debts and unpaid salaries which according to their estimations reach $150 million, some sources state $300 million.

As a matter of fact, the Minister of Energy Armen Movsisyan has been backing the companies who are to invest in “Nairit” and knew perfectly well who and how much profit will have at the expense of the plant. It has not once been mentioned that the government takes the most benefit out of these processes. When the plant was taken by “Rainovil property limited”, Kocharyan was in power. Movsisyan promised to clarify more issues when the new investor is known.

It is not clear whether “Rainovil property limited” will take the responsibility of the promises it never carried out or not.
Until the “Nairit” employees and the public know the destiny of the plant, a number of metal structures and pipes are being sold.