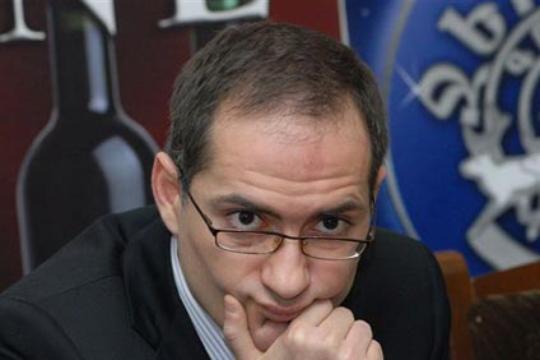 Arman Musinyan, spokesman of Armenian first president Levon Ter-Petrosyan, was invited to “Kentron” TV-channel to participate in the “Urvagic” program and discuss ANC’s decision in the upcoming presidential elections.
We should recall that ANC and its leader Levon Ter-Petrosyan decided not to participate in the elections and not to support any other candidate.
According to Musinyan, ANC was trying to make consolidations with other political parties in order to compete against authorities, but since it didn’t happen it was useless to compete with current government.
Musinyan stressed that Petrosyan’s decision was the right one in the current situation.

“There will be persons who will think that ANC’s decision was not the right one but I can assure that due to current situation, our decision was the right one. ANC is not “washing its hands” from politics, we just don’t want to participate in the elections” said Musinyan, adding “The society is not disappointed with our decision. They understand us and know that to compete with government we should have appropriate powers.”
To the question why ANC is not going to support Hrant Bagratyan, Musinyan responded:

“As you know, Bagratyan froze his relations with ANC before making his decision. In the ANC session Bagratyan was invited but he didn’t come. In the session maybe his issue would have also been discussed but since he didn’t come we can’t do anything else and we have what we have now ”.