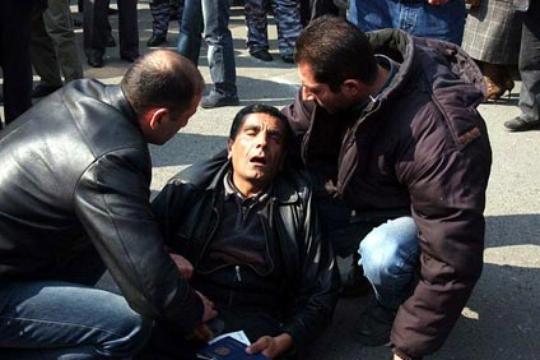 Aram Amatuni in his political analysis discusses a most important factor that is left outside the electoral processes – March 1st events. The situation in here is rather risky and subtle because on the one hand it can be forgotten, on the other hand it can serve as a political leverage and eventually be presented completely falsified.

Putting a question on the political agenda does not necessarily mean politicizing the latter, however, as Amatuni believes it should be politicized when discussed because it was not a fault of a single figure only, but rather a malfunctioning of a whole system.
The issue was not considered in the parliamentary elections either. The ANC was announcing in 2011 it will be consistent for the revelation of those responsible for it but did nothing.

Serzh Sargsyan was stating he is also interested in the disclosing those to blame but the cooperation with the ANC on this ground ended before starting.
As Amatuni concludes, all this comes to prove that the discussion of March 1 events has already been politicized and will be issued at the earliest convenience of certain political powers’ interests.