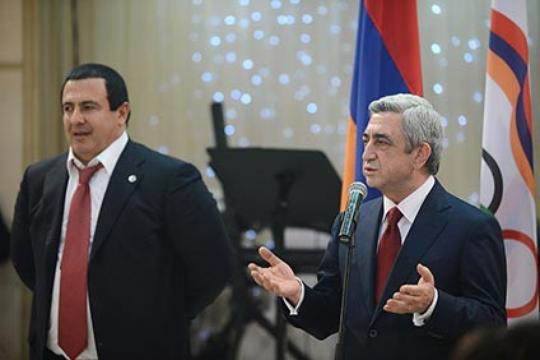 Boiling in the pan

According to the reporter of “First News and Analyses” Aram Amatuni, the fact that Serzh Sargsyan managed to clear the field from undesirable opponents with the help of some factors and go to the elections almost alone, doesn’t mean that he also succeeded in solving those fundamental problems, which are blocking his way to establish his own authority.
Firsly, Serzh Sargsyan failed to solve the issues of the resources. Namely, Armenia’s consumed economic resources. Besides this important problem of consuming economic resources, the international responsibility is also being increased. For making up serious decisions one should have a government and for a good government economic resources are needed.
Although the formation of the current government is not only Sargsyan’s responsibility, but in terms of succeeding it all the responsibility is on him, as he is still considered to be the president of Armenia. Therefore, it is very significant for him, to solve these problems.
For four years already this process is going on, which is not even close to the completion, and after the presidential elections, it should be continued, as Sargsyan doesn’t have another choice. Here is Armenia’s current political situation.
And these are the problems put in front of Serzh Sargsyan, and in case there is no any solution for this, then there would start an agitation from inside, which would be calm from outside. The internal poles of the system must adopt new rules, come to a new agreement based on discussions, trying to find an alternative material resource. And as everybody will be in the steamer, then, at some point everybody would try to find that solution not to get burned in the pan.