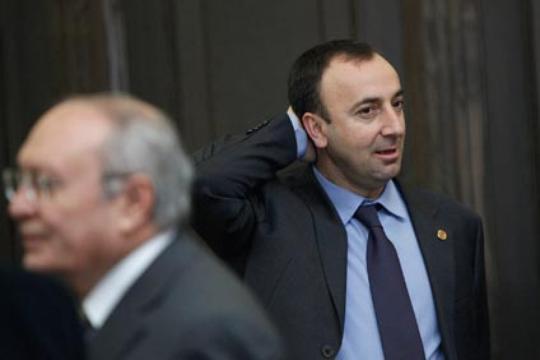 There is a significant shadow in RA justice system

RA Minister of Justice Hrayr Tovmasyan today talked about justice sector and announced that 18% growth is recorded in Notary system, in “Official Informer” CJSC the growth is 1.2%, however, the indicators of Expertise Centre was decreased by 4.7 %.

According to him, for the preparation of the contract documents in Notary system the citizens pay for real estate agents or other intermediaries, and often these funds remain in the shadow.

“There is a shadow in advocate sector and serious examination must be done in order to figure out why the system is in shadow” said Minister Tovmasyan.
State Revenue Committee Deputy Chairman Armen Alaverdyan confirmed that overall tax revenues have been increased, however, he added that the reduction in the number of employees will impact negatively to our society.