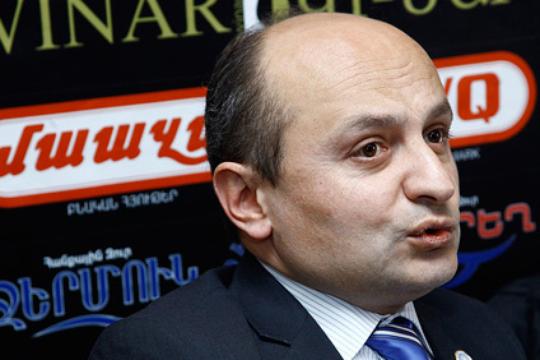 Armenia’s place is in the European Union. Styopa Safaryan

“The open announcement of the “Heritage” of being pro-Western does not mean that it has received the approval from the West,” said the “Heritage” party general secretary Styopa Safaryan, adding that Armenia’s place, according to them, is in the European Union, which does not mean being anti-Russian.

“Not at all, “Heritage” party is playing in an open field, without any affectations keeping secretly its orientation on the future of Armenia,” he said.

At the same time, he believes that the competition of Russia and the West for Armenia moved to a serious level of struggle.

“The ranks and content of both are enough to understand that they cannot say that they are indifferent towards Armenia. There have been so many visits, that it gives away the fact that neither of them wants to give in Armenia,” he said.

Styopa Safarian concluded that in this respect, the competition will be fierce, and the situation for the authorities- difficult.