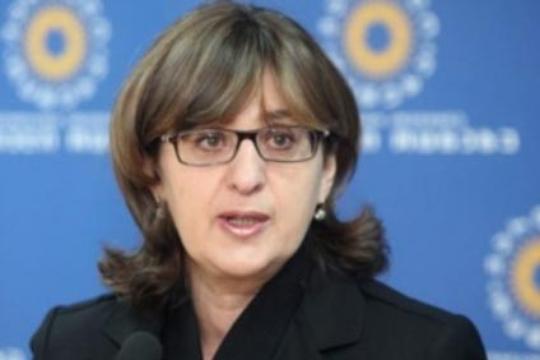 Official sources report that Georgian Foreign Minister is pleased with reception of the delegation headed by the country’s Prime Minister Bidzina Ivanishvili in Baku.
As Maya Panjikidze stated to Georgian journalists on Wednesday, “honorable reception” was given in Baku.
“This is very pleasing, because the reception was very warm and honorable,” she said.
According to her, during the meeting Georgian Prime Minister and President of Azerbaijan Ilham Aliyev discussed both bilateral and global issues and expressed complete mutual understanding.